Starting around 1980 there have been a total of about 20 civilian C-119's that have worked in Alaska. They were first used to fight forest fires, both as retardant bombers and as freighters. Most of the civilian use of C119's was in support of government projects of some sort, usually schools, medical clinics or environmental projects. The freight was usually building materials or construction equipment. Hundreds of projects were built using these aircraft. Because the freight tended to be oversized and the airstrips tended to be undersized, many of these projects would not have been built without the C119.
Another interesting activity was the "great Alaskan fish haul". - Imagine operating a 70,000 pound aircraft from a beach! In this activity the Boxcars landet at low tide on beaches in the Bristol Bay area, at villages like Egegik, where there was a surplus of salmon caught, and no cannery large enough to process it. So the fish was loaded in the airplanes and flown to the cannerys, like those in Kodiak.
In the past our C119 N1394N flew more than 1000 trips to various locations in all 4 corners of Alaska. Mostly operating under public use contracts, it transported building materials, bulldozers, front end loaders, boats and other vehicles to places that mostly could not have been accessed by airplanes that could have transported the load also. 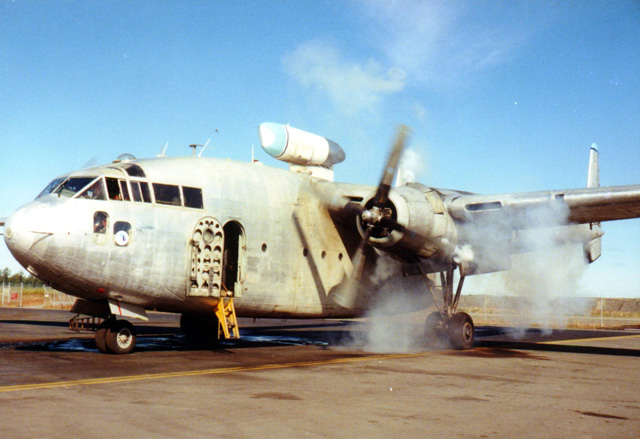 Our N1394N running up its R3350 Turbo-Compound radial engines, with the usual smoke & steam delivered by those wonderful radials waking up, soon ready to taxi out to fly 20000 pounds of building materials into an airstrip of 2200 feet somewhere up north. The jet engine on top of the fuselage is a Westinghouse J34, delivering additional trust if necessary. The jet comes in handy when taking heavy loads out of small places. The jet-pod has a muzzle up front that opens up for intake air, as soon as the jet engine is started. Since it is so high up on top of the fuselage, the J34 jet engine can't suck up stones and get FOD. This is usualy the problem with jet engines and gravel runways. 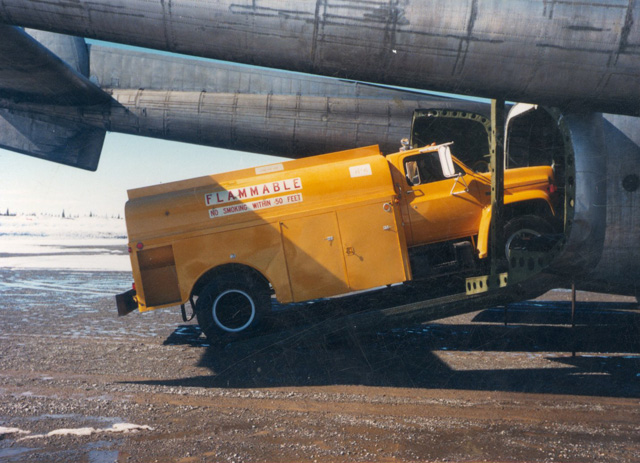 An empty tanker-truck (full one wouldn't work) drives right into the cargohold via ramps that come out of the clamshell doors on the rear end of the fuselage. These clamshell doors give a full cross-section access to the fuselage, with a cargo area that has the same width and height all the way through its 40 feet length. 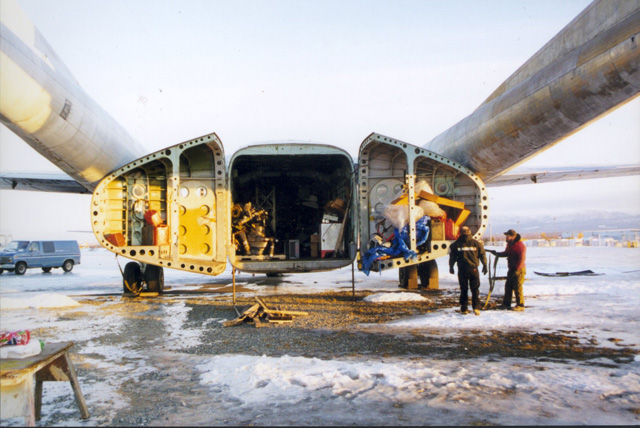 The loading works easily with this kind of access, a truck or forklift drives right up to the edge of the cargo bay and everything fits right in. In case it's something with wheels or on tracks, we just get out the ramps and drive it in. If the cargo`s motor is dead, we just use a winch.The airplane can also be flown with the doors removed, for airdrops or the like! If a load is too long to allow the doors to be closed, sometimes it is possible to let it stick out and fly without the doors, too. 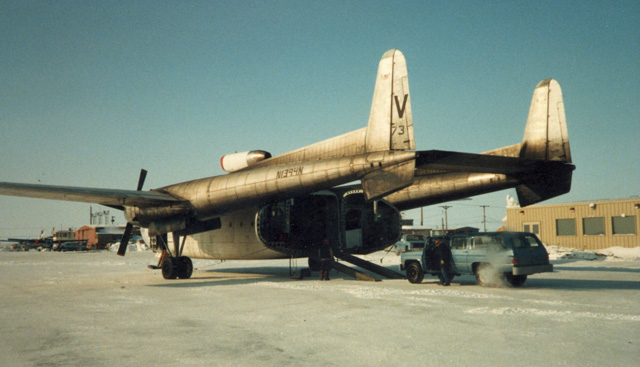 Two of these Chevy Suburbans fit right in, with plenty of room to spare, and their weight was really not an issue at all. The plane did think it was empty! This is at Barrow, and the two Suburbans were about the easiest load possible. They would not go into any C46, DC6 or DC4! ...A Herky Bird would eat 'em, but who would be willing to pay for that one? 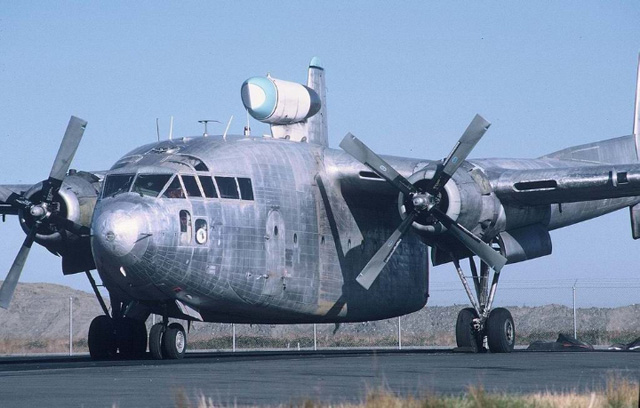 A nice portrait picture of our N1394N, in Anchorage, Alaska at the ANC intl.airport. On the ground the planes may look sorta' clumsy, but in the air they are about the most agile transport airplanes and very pleasant to fly.

Nosewheel off the ground, as N1394N takes of from Kenai Airport, on the Kenai Peninsula, Alaska. The upper tailbooms are nicely stained with the typical extensive sooting from big radial engines, a sure guarantee against corosion! -During the very busy summer month there is sure no time for cleaning a healthy airplane! 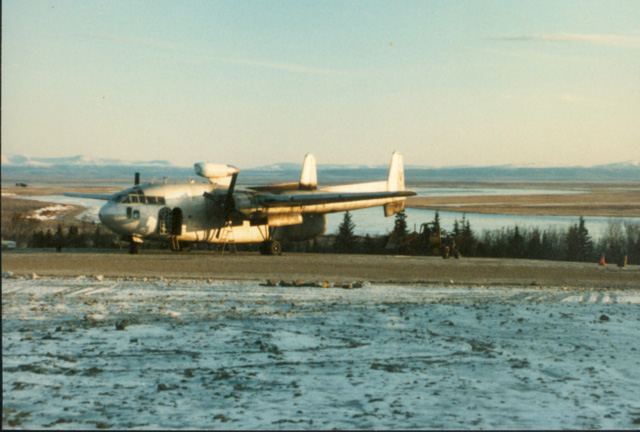 N1394N at Koyuk, Norton Sound area, east of Nome, Alaska; at the 12th November 1986, when the airstrip there was only 1800 feet long. Now this runway has more than 2400 feet. The runway is on top of a hill, both ends are downhill. It is often the place of bad downdrafts & turbulence! After some trips with a reduced load, our "N" Boxcar flew in there with full loads, plenty of times! 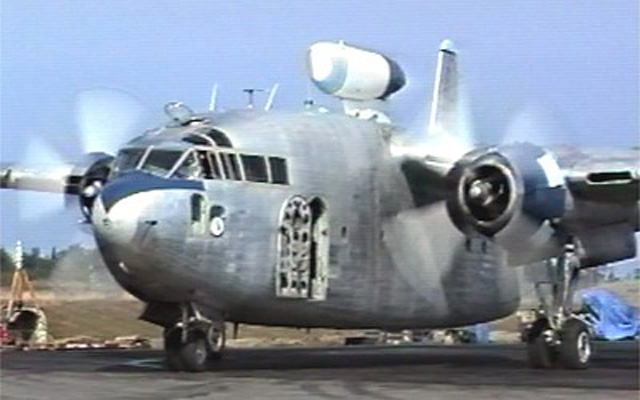